Available for at least 5 years

Finally had a chance to share these for-sale beauties. I pass them a couple of times a year but traffic was always too heavy to stop. Today was perfect.

The one of the left appears to be a mate to the 1951 Dodge pickup my parents bought new.  As it was the newest vehicle at the time, that was my transport home from the hospital a few days after I was born.  Ours had a crack in the passenger side front window that was put there by my forehead a few years later.  No seat belts and my mother's right arm didn't quite get the job done.

Starter button was floor mounted close to the "foot feed" so the driver could work both at the same time to get it started.  The windshield wiper fob was mounted on the dash at the centerline.  Had to use hand signals for making turns, if anyone else was on the road at the same time..  We had a handy dandy air pump that worked by pulling out a spark plug and then screwing in the connector to the long hose that could reach any tire on the pickup.  It might have been my first driving experience.  First gear was known as compound.  You could hop out of the truck and walk faster than that then jump back in.  We did that many times putting out hay across the pastures in Winter for the cows to enjoy.

That's still what I call it basically (granny low) and I wasn't even born when they were built. @holy-cow "We had a handy dandy air pump that worked by pulling out a spark plug and then screwing in the connector to the long hose that could reach any tire on the pickup."

Now that is a feature that makes beautiful sense. Engines are essentially air pumps - makes sense to use what you got.

I used to have a brass fitting and check valve for a spark plug hole with which one could inflate a tire.  I purchased it a flea market. Never used it. It's somewhere in my garage.

I always wondered if the tire would also have fuel vapors mixed in with the compressed air...maybe that's why they quit making them.

@paden-cash Yes, I was trying to envision how that mechanism would work. I assumed a check-valve would have to be present.

Hmm, fuel vapors. Yes, I can see the downside to this idea now.

I have a 78 Chevy, the same grill as the right one, but a half ton 4 wheel drive, not a flatbed. My dad bought it when I was 6 years old. I used to drive it around the fields on our property as a kid.

Is that at Beach Mart in Holden Beach/Supply, NC?

Mine must not be the only picture. Somewhat near Beach Mart, but on a different road.

The phone number matches up with Beach Mart.  Wasn't sure if I was looking at the correct area code, though.  I could spend some money on that thing if it were a thousand miles closer to me.  I have a buddy who lived in the Carolinas  a decade or two ago who drives from here to there and back like it's no big deal.  He has a trailer that would haul that jewel with no problem, even through the mountains.

Come on down, it may not last long!

Me too, I learned to drive when I was 10 and allowed cruise our mini citrus grove in a 1950 Willys Jeep. The "grove" also had a low area full of "Florida Muck" (decayed vegetation) which I managed to get stuck in on occasion. I learned at 11 how not to get stuck in the first place and what a "come along" was. Only pulled over 1 palm tree while learning to use it. 😎

I have a "come a long" in my work truck my dad gave me from when he used to go off road for fun. I still consider it fun but also it can save hours on a job if I can drive through fields or woods and know that I can get back out.

I learned to drive when I was about 9 or 10. A 1977 Toyota Corolla 4 speed manual. Good for learning manual but what a piece of crap. It disintegrated to the point the rear leaf springs came up into the trunk then it got replaced by a 79 impala station wagon that went 6 years with about $100 repairs and was still running. I used it as a field car for a bit, until it got hauled away for scrap still running and driving.

Once you learn how to use a manual transmission you can drive practically anything. To me it was understanding how the clutch/shift/torque/RPM all worked together. Then how to handle the dang thing on pavement. 😎

I'm 37 years old. When I was a kid most of us would learn to drive a standard at some point. Nowadays, seems like people don't even know how to check their oil? I don't understand. 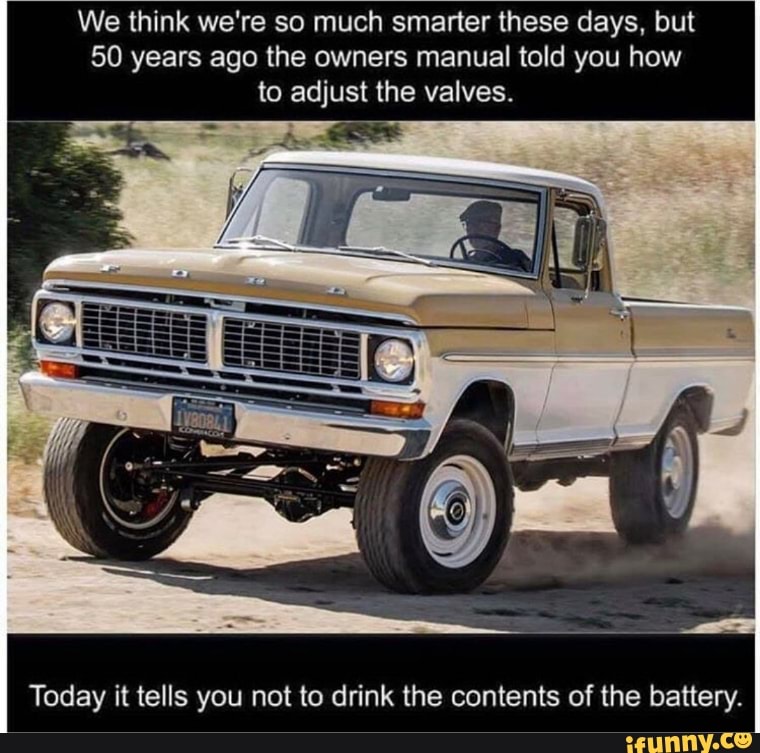 and this too.... standard for today 😉

I tell people I have Tourette's syndrome; but it's weird, it only affects me when I'm driving... 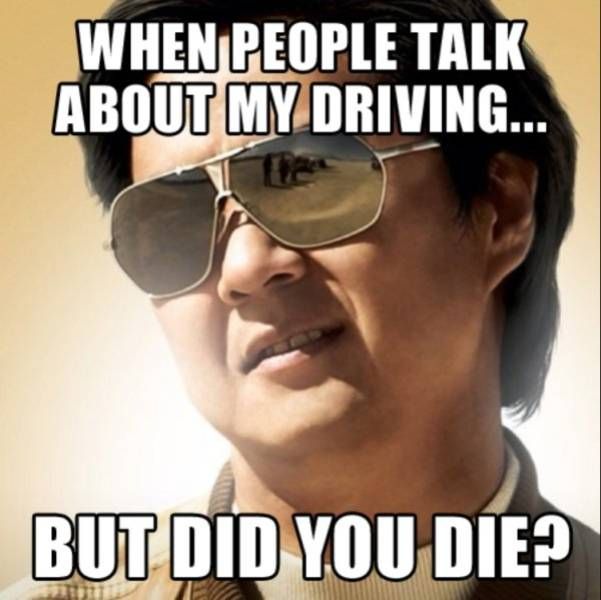 I can truthfully state that I have NEVER pulled over a palm tree.  Haven't run into or over one, either. @flga-2-2 muck fires are a phenomenon i haven't had to suffer in over 30 years, and i won't cry if i never have to again.

Latest Post: What really is the role of a survey technician.... Our newest member: annabellenez530 Recent Posts Unread Posts Tags