Ring Ring (It costs HOW much?)

George calls and says a friend gave him my (cell) number. Apparently I did some work for his friend for $500. (Seems unlikely, since I never surveyed in the 70's...or it was a favor since they had my cell number...I forgot to ask who.)

Has an acre and just needs two posts put in on the back line to guide the fence construction. How much?

Well, I am not taking that sort of work right now (too busy) and it is a bit of a drive for my crews...so I try to refer him. He asks me for a ball park.

I tell him between $5000 and $10,000 would be a starting point without knowing anything about the property. That is when he tells me about the $500. And starts to wonder how it could cost so much for "two posts". I gently come up with all sorts of examples...like pulling two teeth...could find someone to do it for $500, but wouldn't you rather have an expert? Then I point out that his fence will likely cost double the survey and the people doing that only have a shovel, hammer, and a saw...and need zero expertise.

Still couldn't believe it. My luck there is someone willing to do it for $500.

I gotta hand it to you for engaging that long. While I try to help people find a surveyor that might want to help or is better suited for the neighborhood, I won't when they go down the $500 road.

My goal was that when he called you, he would be more accepting of the price. (I didn't give him your number.)

I had a request from a phone call, I looked at the property on my database, the block is surrounded by corners I've located and I have to set or find three, I did some quick calcs and it all fit within .1'. So I figured I could do it easily and eat a bit if it didn't work out. Told them $500-$800 and they had a cow.......

Jeesh, they finally relented and it took $500-$800, worked it in during another job, went to the property and found two, set one. They all fit.

Thought I was being extra nice, but they still think it was robbery.

Somebody will be along shortly to lecture on "what it's worth. Not what it costs"

Dont worry, they will tell all their friends and then they will expect the same!

I won't worry, lots in subdivisions where I have monuments surrounding them, a couple of hours in the field, 1hr in the office. Work it in while doing some water right surveys or new subdivisions. Take those all day long.

For me lot surveys are busy work for a crew, fill in work, don't do many of them but I don't have many areas without good control, doing one next wed. Already have corners around it. calc it up, find existing ones, set missing ones. easy peasy.

I'm kind of curious about why / how it would cost 10 grand to survey 1 acre under any circumstances. Even at 3 eight hour days thats 417 an hour. Am I under charging by that much? Of course, surveying in your area might be more difficult than where I am. Who knows.

Cold? No info at all on the parcel?

Minimum $5000 by the time I record the survey (which he doesn't realize is half of his $500 in fees to the county alone).

I say up to $10000 because I have spent that much time on some lots...in the office alone...platted lots. Multiple calcs, calls to other surveyors, visits to the court house and then to the state archives to wade through miles of film looking for a scrap of documentation, not finding it, recreating 100 year old surveys from road documents...yeah...$10,000 isnt hard to do.

@dmyhill I like to stress that the filing fee for the survey map that is required by law is $187 (I charge $250) thinking that it plants the seed in the buyers head to ask Brand X if they are going to do the same.  It still boggles my mind that I can search for survey records in a quarter section located in an urban area with perhaps four hundred parcels worth a combined two hundred million dollars and find that the last survey was recorded in 1987.

And walk that same ground and find 400 bars and caps of well known survey firms...

I understand your question; I worked in Nebraska for 15 years, before moving to Washington in 1990, and I was asking the same thing. I'm not sure where you are working, in Nebraska, but I'm guessing it's the Douglas or Sarpy county area. Most of the residential lots were platted and most of the rural properties were alliquot portions of the section. They didn't have on-line research in 1990, but research was easy; you walked into the Surveyors office and talked to someone that knew what they were doing. The plats and surveys in those plats were filed alphabetically and the STR was numerically. The person that new what they were doing, helped you find what you were looking for, and you let the gal at the front desk know what to bill the company you worked for, and you left; 20 minutes, tops.

The first time I did research in Pierce County, I just shook my head. You went to the Auditor's office, where the surveys were recorded; you were able to look for surveys by STR on a computer; then you went in to a room where surveys, plats and related types of documents were filed, chronologically. There were several people in there already, doing the same thing, and you pulled out these big floppy books with the 18"x24" mylars (standard size for every document in the room) and made copies on the 1 copy machine in the room. This process could take several hours.

In the early days, in Washington, it was rare that property corners were set. Most plats were monumented, but really old ones would have them removed by utilities or paved over without any metal to help find them. If you see anything with CD Hillmans name on it; triple our quadruple your estimate. I remember finding pins at about 75% of the corners I looked for in Nebraska. The best day I ever had was 10 property surveys and I only set 2 of the corners; everything fit great, and I drove 100 miles too. It was standard, in Nebraska, to tie section corners, if you used any in your survey, and these ties were easily found at the county surveyors office. You now need to file a land corner record in Washington, but those are rarely done.

I had a lady call me the other day; the city of Puyallup told her she needed to hire a surveyor to provide a description for a right of way take they wanted her to dedicate to them, before they would issue her a permit. I looked her up and her property description was the N 1/2 OF E 179 FT OF S 220 FT OF S 1/2 OF NW 1/4 OF SW 1/4 ALSO E 15 FT OF S 1/2 OF E 179 FT OF W 990 FT OF S 220 FT OF S 1/2 OF NW 1/4 OF SW 1/4 EXC THAT PORTION DEEDED TO JOHN AND JANE DOE IN 1958. Then she told me she needed it done by Monday, because she had some stuff scheduled. A little more research shows she is surrounded by plats and Short Plats; the GIS shows that most of her driveway is on the neighbors property, when it's supposed to be in a pipe stem. I told her it would be $4,500 (probably not enough) and she about choked. When I told her it would be a month before I could get started, I thought she was going to start crying. Most of this type work is done by small shops like mine; I have little overhead and it's just me, most of the time. A bigger company, with more overhead, could easily be double my fee.

Funny how surveying can be so different, in different states...

the city of Puyallup told her she needed to hire a surveyor to provide a description for a right of way take they wanted her to dedicate to them, before they would issue her a permit.

In fairness, if the city want more ROW, they should do/hire the survey to find and mark the land. Probably can't make that happen, though.

That was my thought, too.

If the city needed it, they would take it (eminent domain) and pay fair market value. This way, you pay for everything, and give them (for the good of the community) the right of way for free. In some cases, you need to put in curb gutter and sidewalk, maybe even street lights, even if there isn't any within miles.

Are you saying that draconian rules and regulations about filing and recording surveys actually cause the surveys to be more expensive and therefore cause more harm to the public? 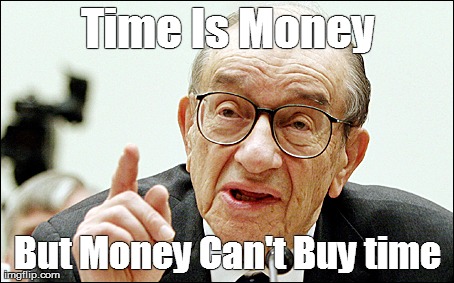 No...I think that is the exact opposite of what he said. If there was a survey recorded of the example he gave, that would be under $1000 to find her pins and run the lines checking for occupation. Easy half day in the field and a couple of hours in the office.

I will defer to your experience, but still I'd rather survey here.

Don't get me wrong, this isn't a non-recording state, the recording statutes are different and less intrusive and apparently less expensive.

In a modern plat (say since 1960) I actually agree with you. And, in practice, there are all sorts of surveyors that will do the survey without recording it. In fact, until recently (last 20 years?), most probably would.

And run from Fall City...Wouldn't do a survey there for under $10k

@dougie  Issue her a permit for what?  Sounds like blackmail to me and I'd raise hell if I were her.  And yeah, if they're not willing to buy a survey for their own ROW take then I guess they don't need it that bad.  🙄